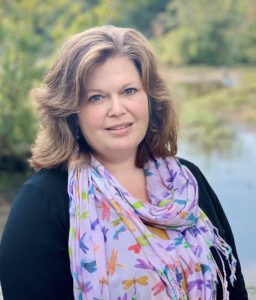 Karla joined the CU Maurice River team in 2015 as the Program Manager. At that time, she was responsible for the planning, organization, and management of programs and activities. She created many outdoor education and recreation opportunities, developed new outreach initiatives, incorporated CUMR in national citizen science initiatives, and built the foundation for large-scale stewardship projects.

In January of 2021, Karla began her new position as CU Maurice River’s Executive Director. Having lived half her life in other countries and as a world traveler, Karla speaks three languages fluently: English, Spanish, and German. She brings many important skills to this new role. Primarily an educator, she taught English Literature and Language Arts at an Italian high school in Peru. Prior to this Karla taught business English to executives in Argentina. Her Bachelor of Arts degrees at Colorado State University were in Political Science and German Literature, Culture & Language, while her master’s studies involved human rights and equity.

Although she enjoys visiting new places, Karla has always had an affinity for South Jersey, where she attended high school and where her mother and grandparents have lived. Karla became familiar with the issues facing agricultural laborers while at South Jersey Family Medical Center, educating migrant farmworkers on healthy living and local medical services. She learned about the region’s environmental resources while working as a naturalist for the Wetlands Institute, providing a natural bridge to her current position.

Karla resides in Millville with her husband Julián, their daughter Vera, their baby boy Valentino, and their golden retriever Pappo Killini. 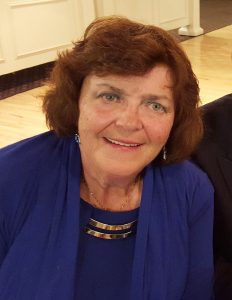 Doreen joined Citizens United as the Membership, Events and Office Manager in April of 2014. However, Doreen had already been working for Citizens United for 28 years, mailing the newsletters and renewal letters and maintaining the membership list. Doreen and her husband, Carl, moved back to New Jersey in January of 2014. They had lived here in New Jersey until the summer of 2002 when they relocated to Virginia and then on to West Virginia. While in those states she worked for 5 different companies as a Bookkeeper, Office Manager, and Accounts Receivable Manager. In 1986, she had become the General Manager of Cumberland Technology Enterprise Center (CTEC), New Jersey’s 1st Business Incubator with offices in both Millville and Vineland. While in that position, she was actively involved in the Vineland, Milllville, and Cape May County Chambers of Commerce and served as President of the Millville Chamber. She also managed a large Bulk Mail Center and worked for Xerox for 13 years in many different management positions.

Doreen grew up in West Virginia and graduated from West Virginia University with a BA in Secondary Education, with teaching fields of Biology, Physical Science, and Home Economics. She spent many hours on her grandparents’ farms, helping with the gardens, and wandering through the woods and trails of the scenic areas where the family farms were located. She is glad to be back in Southern New Jersey where it is flat and the rivers, bays, and oceans are close by. 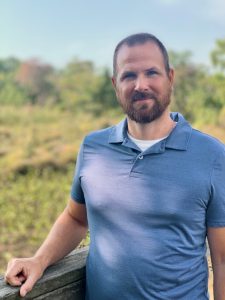 David joined the CU Maurice River team as the Community Engagement and Outdoor Discovery Manager in 2021. As an outdoor recreation guide and instructor, David has extensive training in paddling flat and open waters. This training includes sizing of gear, rescues, and beginner to advanced paddle strokes. David is a stand-up paddleboarding, recurve archery, fly casting and fly-tying instructor, as well as a hiking guide who leads nature-based interpretive programs.

Previously David worked for L.L. Bean in the recreation industry where he also conducted community outreach and education programs in the greater Philadelphia area. In this position, Dave established working relationships with a host of state and national parks, local conservancies, and boy’s and girl’s clubs. Through these partnerships, David was able to engage people of diverse backgrounds with outdoor education opportunities. One of his favorite programs was designing and installing vegetable gardens with local youth groups. David believes gardening is a great tool to teach a sense of place and responsibility for environmental and community health.

In his free-time if David is not surfing southern New Jersey beaches, he is out hiking with his two dogs or birding his favorite spots. David and his partner both are outdoor enthusiasts who moved to southern New Jersey from Pennsylvania in 2021. They are enjoying the recreational opportunities the area affords its residents and look forward to getting to know the region better. 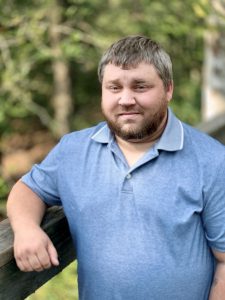 Joe joined the CU Maurice River team in July 2021 as the Program Coordinator. Prior to coming on board, he worked as the Programs Manager at Tuckerton Seaport & Baymen’s Museum and as a Seasonal Naturalist with the New Jersey State Park Service. He attended Rowan University for his undergraduate studies in History and received a Master’s of Science in Environmental Management from American Public University in 2018. Joe has been able to weave both academic backgrounds into his work across southern New Jersey in order to interpret the region’s unique historical, environmental and cultural storylines. An avid birder, he brings nearly a decade of animal identification experience to the CU Maurice River team. In his free time, Joe is a freelance writer. His birding and outdoor recreation themed articles have been published in both virtual and print outlets.

Joe lives in Clementon with his wife, Samantha, and their two children Rhys and Avery, along with their American Short Hair, Finnley. When not wrangling two very small children, writing, or birding, he likes rooting for Philadelphia sports teams despite how awful they are. He and his wife, Samantha, also enjoy sampling southern New Jersey’s robust craft brewery scene, with their favorite being Cape May Brewing Company.