Atlantic Sturgeon in the Delaware Estuary and River 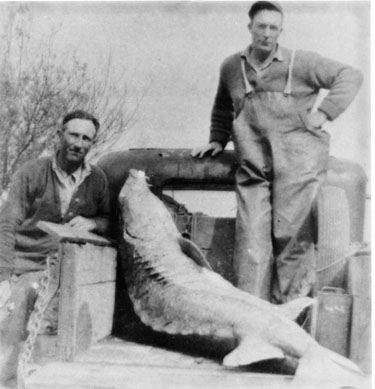 The Atlantic sturgeon, Acipenser oxyrinchus, a revered signature species of the Delaware River and Estuary, once supported a significant commercial fishery inasmuch as the fish was highly sought after for its roe to produce caviar. Presently sturgeon are under review for federal listing as an endangered or threatened species. In recent years a number of research efforts have focused on improving our understanding of Atlantic sturgeon abundance and population dynamics with an eye toward identifying critical habitats. Ms. Calvo will review the history and discuss recent findings regarding this important Delaware River species.

Planning continues for the eradication of parrotfeather, an invasive aquatic plant. U.S. Fish & Wildlife Service Partners program, the City of Vineland, and the Vineland Environmental Commission are joining with CU to this end.

The City of Vineland recently sent each landowner a copy of the USFWS property owner’s agreement; signing allows access to the individual’s property. It is a voluntary program, and success is reliant on property owners’ participation. We ask our members to kindly let nurseries who sell parrotfeather know that it DOES winter over and it IS destroying one of our local river’s biota. We will be giving recognitions to nurseries that abstain from the sale of this heinous plant. You can read more about the characteristics of this plant and learn to identify it in the field on our website. Please report any occurrences to Renee.

The present known extent of the infestation is on the Menantico Creek starting from a mosquito ditch crossing Dante Ave. which drains into the Menantico, and continuing as far downstream as the Menantico Lake, nearly two miles of waterway. Selling this plant knowingly is detrimental to the well-being of the natural world. To learn of alternative native pond plantings you can consult our website.

Adopt-a-Swamp-Pink population—Volunteers have completed this year’s swamp pink monitoring efforts and data is currently being collected from them. A lengthy meeting between USFWS, CU, several botanists, and various stakeholders and land trusts was also held to discuss the status of swamp pink and to modify the adopt-a-swamp-pink protocols to ensure continuity within the program and provide the best possible data. 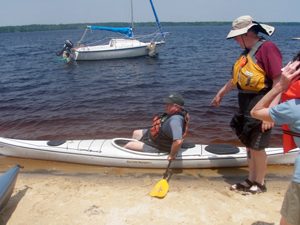 Kayak trip —Fourteen people joined us on June 26th for a Bring Your Own Boat adventure, starting at the Menantico ponds and paddling up to the Galettos’ on the Maurice. We stopped to band several osprey chicks along the way. Several others joined us for a campfire following the event. 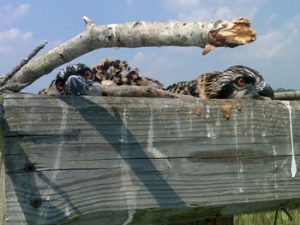 Osprey Banding is well underway. About two thirds of the osprey have been banded at this point. This year we are collecting a feather from a number of nests for a study being conducted by the Philadelphia Academy of Natural Sciences. David Velinsky and Paula Zelanko, along with Nate Rice of the Center for Systematic Biology and Evolution, are analyzing osprey feathers, collected between ~1860s to the present from birds frequenting the Delaware Bay, to assess ecosystem changes in the estuary.

Barn Studio of Art—As in previous years, CU representatives spent the afternoon at the Barn Studio for the Summer Art Festival, both at the booth, and with our Paint a Landscape activity.

Rails to Trails—We have been participating in meetings, discussing opportunities to develop trail networks along abandoned railroad beds. The County of Cumberland has been working with a consultant to determine possible options. There are many stakeholders who have been giving input into the process and a draft plan will be presented for further public for comments.

Witmer Stone— One of the most revered books of all time on South Jersey plants is Witmer Stone’s Plants of South Jersey. It is now available online and as a pdf on our botany website at https://cumauriceriver.org/botany/stone.html

RDD Funding—The funding that previously made Raptor Discovery Days possible for almost 600 local children has been slashed due to the County cutting the Cumberland County Improvement Authority’s environmental grant program. In the meantime, we are working with other organizations to procure funding in hopes that this valuable program remains intact.

Presentations—CU President Jane Galetto & Associate Director Renee Brecht have offered programs over the last two months: A Wildflower Presentation in Woodbury, and a Wildflower I.D. workshop for the Cumberland County Master Gardener’s program. On August 3rd Jane will be presenting the Seasons of the Maurice River show at the Pitman Rotary. In November the Daughters of the American Revolution and the Dallas Lore Sharp Nature club are on the docket for a visit from CU speakers.

South Jersey Bayshore Coalition–– We continue to cooperate with the Coalition on a number of projects. Presently we are working on a display for public venues, the signage for the Bayshore Heritage Byway, the National Heritage Area, and the Cumberland County Open Space Plan.

Radio Blurbs— The Community Relations Subcommittee is working on Public Service Announcements that will be featured on local radio. These spots are intended to encourage listeners’ curiosity about our regional treasures and the natural world.

On the Advocacy Front:

Holly Farm Update — We are awaiting the release of the written ruling from the BPU so that we can review it and consider options in our effort to see the property preserved.

Open Space Meetings — We encouraged our members to attend, and to share input and ideas for greenways and critical sites at three venues for public input on the Open Space Plan that Cumberland County is developing. Because of lead time only members using our email hotline were aware of this opportunity. Some of the sites that offer opportunities for preservation include:

CHANGE IN VENUE (due to tidal considerations) Our next BYOB Bring Your Own Boat (or rent) is scheduled for Sunday, July 18th at 1 p.m.  The trip will depart from Union Lake’s west shore at the Fish and Wildlife Area’s boat ramp off of Carmel Rd. just west of Mt. Pleasant school. You will see the ramp signage marked Union Lake Wildlife Management Area.

If you don’t have a boat, Al and Sam’s Kayak and Canoe rental is able to provide you with a kayak for $30 (CU Membership Price.) You haul it yourself. A truck, or car top rack will work. They can also set you up with a car top rack. Al and Sam’s number is 856-692-8440. Ask for Cheryl Fox. 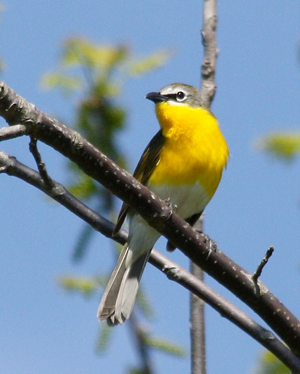 Our Breakfast Walks–resume from June 29th through July 13th, with an earlier start time of 7 a.m. to beat the heat. Due to the bridge burnout, the walks begin at the baseball field near the dam on Sharp Street in Millville. Hope to CU there!

Philadelphia Botanical Trip— August 7, 10 a.m.; will be held locally on our own Maurice River Walkway. Led by Dr. Gerry Moore and Renee Brecht. Meeting at the baseball field near the dam.

Purple Martin Festival—August 13 & 14. Join us at the Mauricetown Bridge for this spectacular event 6:30 till dusk! People interested in assisting with interpretation, contact Jane at 609-774-5853. Viewing opportunities are available on shore, and on kayak through Natural Lands Trust call 856-825-9952. Or you might choose to cruise aboard the Bodacious. Tickets for the Bodacious must be secured in advance, $30 per person. The boat departs from Port Norris Marina at 6:15 and the trip lasts approximately 3 hours. Contact Linda Costello at Maurice River Township for further details at 856-785-1120 ex. 110.

New Members Orientation/Frog Slog – On May 21st we held our annual New Members’ Orientation. The orientation was followed by the Frog Slog, led by Fred Akers and Renee. Nearly 40 people attended despite horrific weather. Unfortunately, Mother Nature eventually won out when the night skies offered a wild show of force, but not before we’d had a chance to hear and see a few frogs. Prior to the frog slog a number of new members enjoyed a fun meal, orientation, and camaraderie at Mary Ann and Tim Russell’s home. It was fun meeting a number of our new members and finding out what interests and activities they enjoy.

Delaware Bay Book –A contingent of the Shorebird Study team members have decided to make a picture book about the Delaware Bay. Conserve Wildlife will be the administrative lead and Citizens United will be the primary funding organization. The book’s key writers will be Joanna Burger of Rutgers, Larry Niles of Conserve Wildlife, Amanda Dey of the Endangered and Nongame Species Program, David Mizrahi of New Jersey Audubon, and other shorebird team members of note including: Humphrey Sitters, Allan Baker, Patricia Gonzalez, Kevin Kalasz and Stewart Michels. World renowned photographer Jan van de Kam will provide the majority of the pictures. It is a wonderful opportunity for Citizens United to support a project that will create a greater awareness of the bayshore resources. This undertaking will be a substantial financial commitment; if you are interested in donating to this project please contact Jane at 609-774-5853. 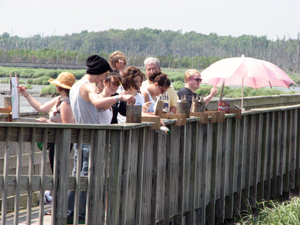 Bay Days – Once again, Bay Days was a success. We were fortunate to have a beautiful, bug-free weekend. A number of our long-time members as well as several new members participated in the weekend’s festivities. On Saturday, in Bivalve, we were represented at our booth in the shipping shed as well as with Paint a Landscape. The oyster-shucking contest was all the rage as usual. Tony Klock and Jane Galetto entered as friendly rivals, but clearly, as Jane put it, Tony far surpassed her to win the contest. The Bayshore Discovery Project and CU were so proud to have Tony take the Gold—well, the plastic trophy. Tony didn’t disappoint and hammed up his win. Sunday was held at the newly-opened Lake Audrey, with CU hosting a booth as well as Paint a Landscape, and nature walks with Dr. Dale Schweitzer. A great weekend was had by all.

Remembering those who left footprints

Charles Holsworth – Longtime member Charles Holsworth passed away on May 3. Charlie was known for his prowess in forestry. He had a bachelor’s degree from Dartmouth and a master’s from Yale Forestry School. He served as a State Forester for 30 years. He was very active on the Vineland Environmental Commission and cared a great deal about local conservation issues. We offer our condolences to his wife Margit and his children. His daughter Katharine of Vineland has also been a member of CU for many years. Charlie will be sorely missed.