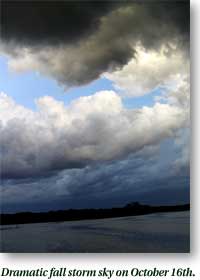 Debra Barsotti began her studies in the Honors Journalism Program of Temple University. She graduated from Rowan University with bachelor’s degree in Communications. Barsotti is a freelance writer whose works have appeared in the Philadephia Inquirer, Asbury Park Press, Cuizine Magazine, The Retired Officers Magazine, the alumni magazines of Rowan University and Moravian College and other publications. She served as writer/editor for the newsletter of Rowan’s College of Engineering and is a regular correspondent for the Catholic Star Herald of Camden, NJ.

For the past 10 months, Barsotti has been immersed in the Maurice River – not literally, of course, if you don’t count the near-tipping on a recent canoe trip. Barsotti has been working on a two-pronged research project: an investigation of the origins of the names of the Maurice River reaches and a documentation of the river’s historic folklore. Barsotti has gathered some colorful and interesting information from our regional historical societies and from her interviews with people who have lived, worked or played on the river. At this meeting, Barsotti will share some of these Maurice River revelations. She’ll let you know who’s been sharing their recollections – and who will be interviewed next. And she’ll be looking to add more names and more resources to help with this research. Bring your ideas – and your own “river stories”. Come prepared to share!

Estuary Enhancement Project Tour – On September 20th Fred Akers and Jane Morton Galetto went on tour with a variety of other delegates from the conservation community to see what progress has been made to restore the NJ Delaware Bay marshes by PSEG. In fact a number of the marshes have met the required vegetation criteria – in other words the monoculture of the phragmites (common reed) stands has been replaced by more desirable vegetation, primarily spartina alternaflora (cord grass).

Update on Millville 1350’s Development Proposal for the Holly Farm/ Conectiv Property – A brief recap: Earlier this summer Superior Court Judge Michael Fisher ruled in favor of the plaintiffs: Citizens United to Protect the Maurice River and its Tributaries, Inc., New Jersey Audubon Society, NJ Conservation Foundation, and Association of NJ Environmental Commissions (conservation groups); in our challenge to the Millville Planning Board and Millville 1350, LLC. He granted the conservation groups their motion to vacate the Millville Planning Bd.’s (MPB) approval of Millville 1350’s General Development Plan application to develop the Holly Farm. Judge Fisher characterized his decision as based on the City’s engineering and planning experts’ advice that the application be deemed incomplete.

On August 16 and September 15 the applicant reapplied for review of their General Development Plan. We are very pleased that we were able to have a number of experts testify regarding the impacts and deficiencies of this project. Unfortunately the MPB voted in favor of the applicant, granting them approval for their General Development Plan. The applicant must still receive final approvals and any necessary permits. Legal counsel is exploring our options as we continue to seek preservation of the entire property.

Presently, we are still awaiting the administrative action by the Board of Public Utilities determining whether Conectiv can transfer the Holly Farm to developer Millville 1350, LLC. We continue to believe that the Green Acres offer to purchase and preserve the property is in the best interest of the citizens of NJ and hope that the BPU will share this position. We would like to thank the numerous members and general public who continue to show their support for preservation by attending meetings, and writing letters and emails. For the many conservation leaders who have worked diligently to foster preservation these demonstrations of support are greatly appreciated.

Motorsports Ordinance in Millville – In our last newsletter we reported, “Citizens United and the Association of NJ Environmental Commissions reviewed this ordinance. We found significant deficiencies in the makeup of buffers (it allows unsurfaced roadways to be included and doesn’t protect wildlife), lack of noise regulations (none exist for the oval track), no definition of what constitutes night hours, open space includes landscaping and pervious parking areas, and there is no mention that buffers must be designed to lessen noise, to mention only the most serious.”

On August 17, after we presented our concerns and made suggestions to rectify these shortcomings, the Millville City Commission elected not to incorporate CU’s changes. Further they actually amended the ordinance to read, “Races or motorsports related events taking place on the oval racetrack shall be exempt from the noise standards set forth herein.” Additionally the ordinance states, “No more than six major public spectator races having an attendance of 10,000 people per event shall be held annually on the oval track.” Since events are defined as lasting as many as four days, that means as much as a month of unrestricted sound with crowds at the oval track of up to 25,000 – its seating capacity. Similarly there could be many more events with less than 10,000 in attendance and no noise restrictions imposed. 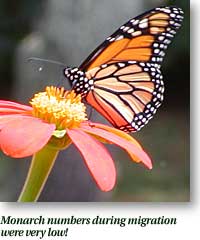 River Recollections Project – Our last CU reporter informed you that Debbie Barsotti is embarking on a number of articles to be submitted by Citizens United for publication in the Cumberland Reminder/ Down Jersey Magazine. The first of these articles appeared in the Autumn 2004 issue of Down Jersey. Entitled “Their Stories Make History Come Alive,” it is primarily based on the reminiscences of Louis Capaldi of Port Norris. All of these articles will eventually be posted to our website; meanwhile we hope you will keep an eye open for the printed versions.

Mid Atlantic Recycling Technologies MART– On August 26 we attended a press conference held by the Coalition for Clean Air and Water where we supported their request for a public hearing regarding Casie Ecology Oil Salvage’s (sister company to MART) application for air pollution and hazardous waste modification permits. Ultimately, the Division of Solid and Hazardous Waste granted this request. We have illustrated concern that MART evidently has a history of failing to act as a good neighbor in the Vineland Industrial Park, or at very least failing to achieve a credibility level which would allay residents’ fears.

Build a Boat Project – “Bevin’s Skiff”- Members Gladis McGraw and Bill Sheridan introduced CU to a neat project that they are coordinating through their connections with Millville’s Third Ward Advisory and Wood School. We have become one of many partners in a boat-building project. The concept is holistic. Through adults and intercity students constructing a semi-prefabricated (kit) boat together, many skills and insights can be achieved: use of tools, construction, fulfillment, introduction to water resources, team work, assembly techniques, water safety and the like. Bringing CU into the fold also enabled them to construct two additional skiffs. A discount is afforded to groups that work with a local environmental organization and CU, with the help of a family foundation, purchased an additional boat. If you are interested in being an adult volunteer, call member Gladis McGraw at Wood School (327-6141) and tell her that CU referred you!

In our letter to Bill Sheridan we stated, “We are very pleased to be involved in the Bevin’s Skiff Building Project and salute you for having compiled such a wide array of support; Wood School, Rieck Ave. School, the Millville Senior H.S. vo-tech/shop, the Bayshore Discovery Project, Union Lake Sailing and Tennis Club and the City of Millville. Knowing the leadership of the Third Ward that is just the beginning. The diverse group of organizations will make this a ‘regional experience.’ The Maurice River has had a tradition of boatwrights, from Colonial Boat works in Millville to its present day Silverton Yacht or the Leesburg and Dorchester Shipyards. It is great to think that on a small scale the Third Ward will be keeping this heritage alive.” 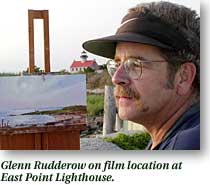 NJN and CU Collaborate – The film highlighting regional artist Glenn Rudderow is well underway. Senior Director Louis Presti and crew have been filming Glenn as he creates the painterly images of our bayshore region. The fall backdrop offers some of the area’s most scenic viewscapes. J. Galetto has done some of the preliminary interviews of influential individuals in Glenn’s world and work. We anticipate an artistic end result and hope our audiences will be equally captivated.

Union Lake Residents Raise Concerns About Zoning and Possible Density of Development – Presently the area east of Union Lake appears to be targeted for development. A number of our members have raised concerns and participated in meetings held by interested parties in the adjoining neighborhoods of Woodland Shores and Oakland Estates. They are working on making inroads toward having a voice in the zoning decisions and in the ultimate configuration of a possible housing development and mall.

Jane and Fred go to Trenton? – Sounds like a remake of a more famous movie? But sadly it was an attempt to encourage Assemblyman Douglas Fisher to seek an alternate method of getting tax relief for communities that have a large percent of open space. Assemblyman Fisher has been trying to design a bill that would either compensate municipalities or block land preservation where municipal officials are not supportive. It further suggests that non-profits would pay tax on what is normally untaxed space. This would create a disincentive to preserve land. Properties need to be preserved based on natural resource values, not on whether a town has a deficiency in tax ratables. This is why CU and other members of the environmental community supported the now in place in lieu of taxes program. This program compensates towns for their open space by percentage preserved. The conservation community supports reevaluating this existing program as well as adopting a program that more equitably distributes taxes.

Annual Washington Preparation – All the Wild and Scenic Partnership Rivers are preparing anticipated needs for the coming fiscal year. Fred and Jane are reviewing work plans and budget requirements. The National Park Service continues to support our efforts.

Laura Alex Visits the Maurice – The Stoney Brook Millstone Watershed Association is home to theWatershed Institute, funded by the Geraldine Dodge Foundation to assist watershed associations in their protection efforts. Laura Alex, the Coordinator, was in the area and was kind enough to stop by to share information on obtaining grants and developing a permanent staff, as CU had requested. Thanks, Laura!

EPA Proposed Discharge to the Blackwater Branch – CU Water Quality Project Manager Fred Akers attended a EPA superfund clean-up meeting in Buena Boro. Two local dry- cleaning operations are the original source of the contamination being addressed. The clean-up operation was designed to treat 500 gallons of water per minute for an estimated 30 years. Since 1999, EPA’s contractors have been pumping contaminated water from an expanding contaminated plume, cleaning the water and reinjecting it into the ground. The problem is the injection wells have failed to keep up with the amount of treated water and Superfund budgets have been cut. The EPA now seeks a less costly solution and have proposed to discharge cleaned water directly into Blackwater Branch. City officials and residents are concerned that this small stream’s headwaters are not equipped to handle this discharge without negative ramifications ie. flooding, bank erosion, property damage and the like. Fred has prepared a 30 page visual characterization and assessement of the Blackwater Branch in an effort to seek a proper solution for handling treated water from this superfund teatment site. Fred advises that there are negative ramifications to pumping ground water to surface waters thus depleting the aquifer that we all rely on.

Recommend Members – A special thanks to all of you who have responded to our e-mail pleas for names and addresses of folks that might be interested in CU membership. If you haven’t recommended anyone yet please help us grow and send your names to CU, PO Box 474, Millville, NJ 08332 – forrivers@comcast.net.